Finding adventure in Kansas is not a difficult task, especially when you consider the 28 State Parks that dot the map. In 2018, a new State Park was opened in western Kansas, but the contents in the park are anything but new. Because Little Jerusalem Badlands State Park contains a Niobrara Chalk formation that was established millions of years ago. 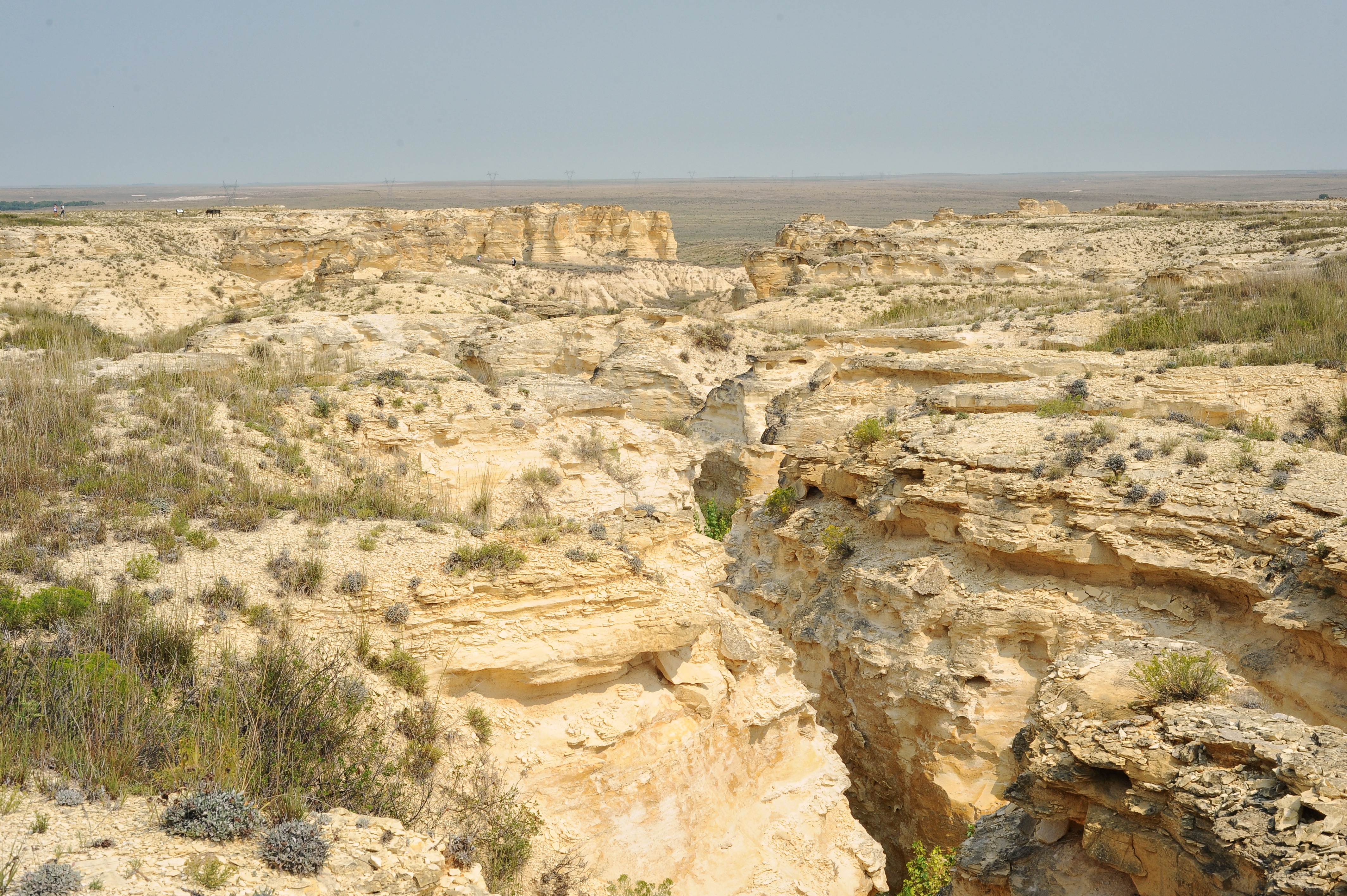 In late July, some friends and I decided to visit this treasure to see a landscape that you may not expect in Kansas. And after a roughly six hour drive with a stop in Hays, KS, we arrived. Because of the length of the road trip, we opted to do a two-night camp at nearby Lake Scott State Park. This park offers a range of amenities, but we decided to keep it simple with a primitive camping site adjacent to the lake.

Not to detract from the beauty of Little Jerusalem, but Lake Scott also offers some awesome views. We were also pleasantly surprised to find a complex systems of trails that provided decent elevation above the camping area. So, shortly after setting up camp we gathered some water, and started to explore the trails that surrounded the lake. 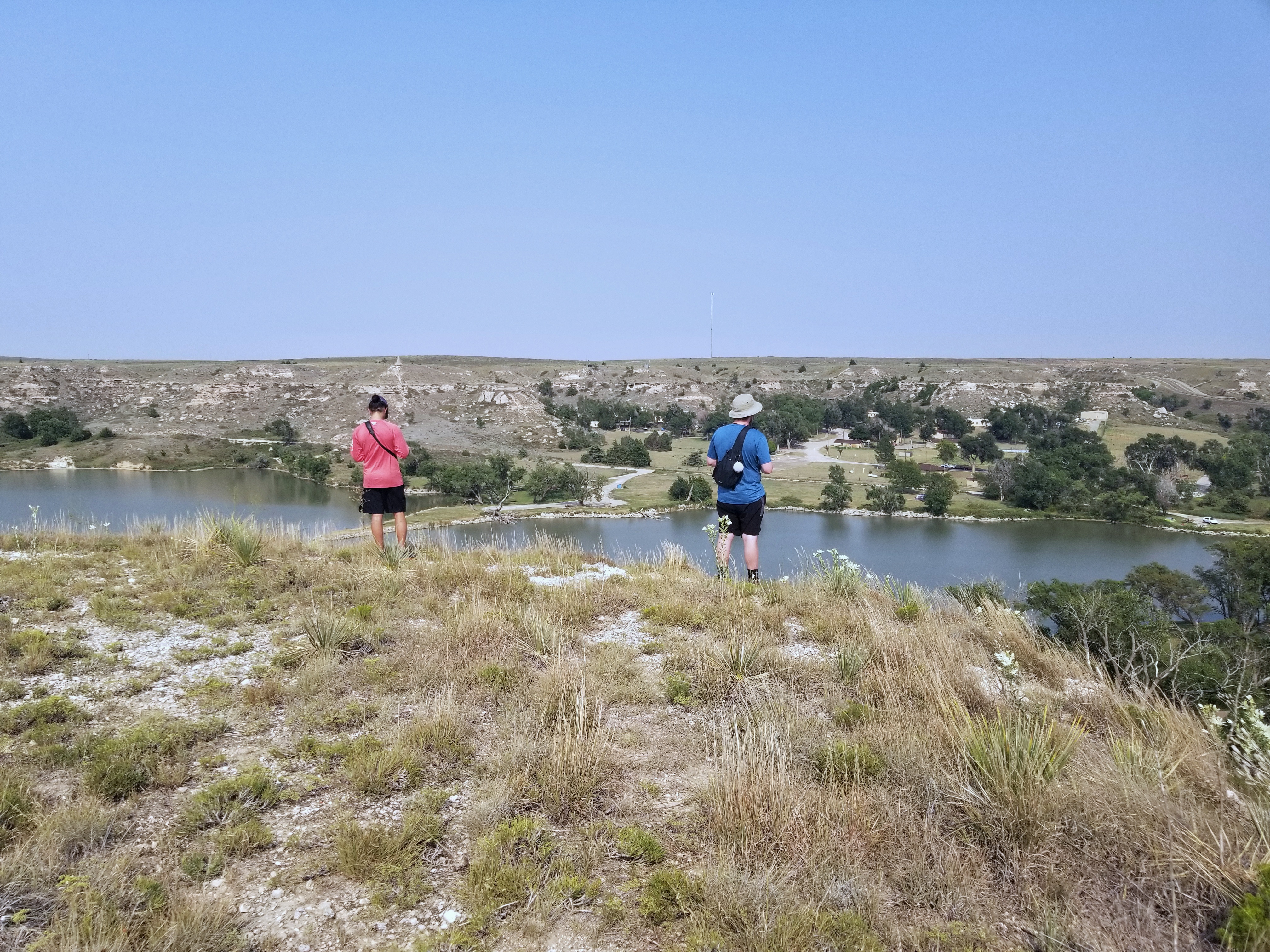 While we hiked roughly a few miles, there were trails on all sides of the lake. Had we chosen to camp on a cooler weekend, we may have been able to explore more. But be advised, on a hot day, shade is hard to come by in this region of Kansas. So plan accordingly with plenty of water and snacks to help with the heat. 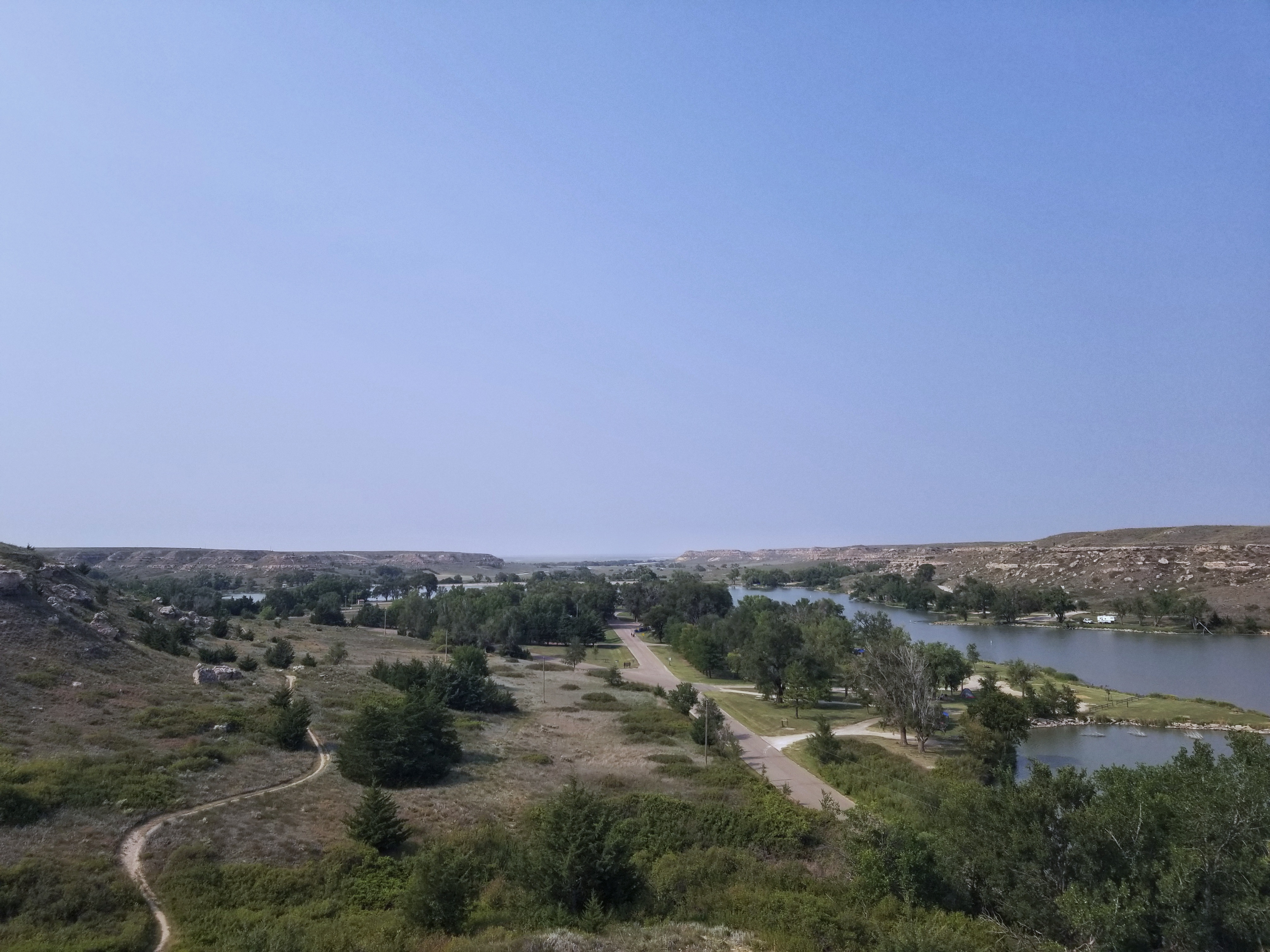 When hiking these trails, you may be surprised by some of the terrain. We found the trails to be well-maintained, but there are certainly some steep and rocky areas. So be sure to hike with care, there were a few times where I found myself having to focus on balance more than I expected.

As the sun set, the campground we were at was relatively quiet. There were some groups who were partying but also a fair amount of families. From what we could tell, Lake Scott is a favored fishing location for locals as well. I wish I would have brought along my pole and tackle box! 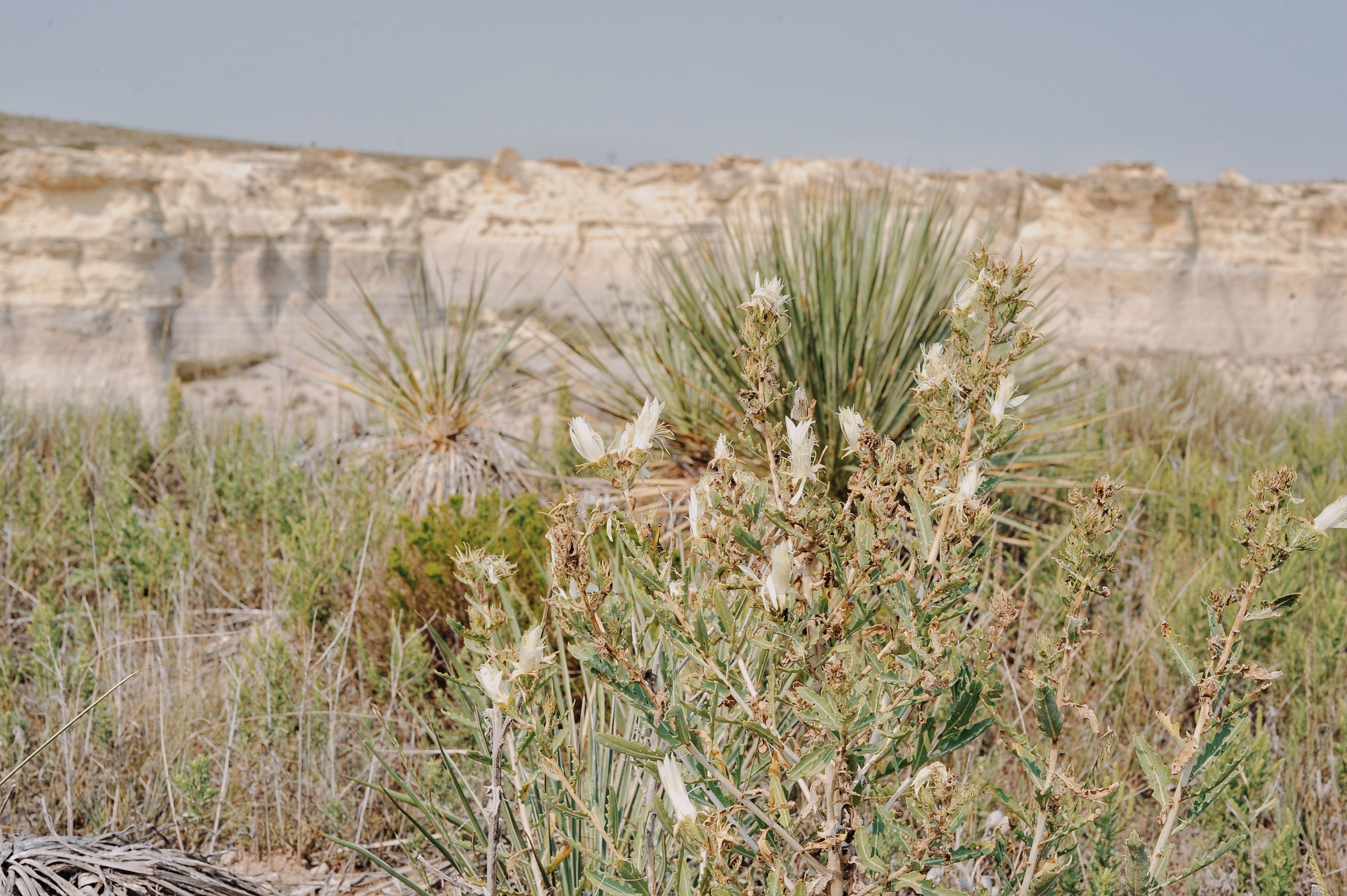 On our second day at camp, it was time to enter Little Jerusalem Badlands State Park, which is roughly 20 minutes from Lake Scott. And to say we were impressed would be an understatement. The formation itself was priorly a part of McGuire Ranch for five generations. And it is astonishing how well-preserved this location is. In order to continue this, hikers are required to follow strict rules, that way the park can remain in pristine condition for more to enjoy. 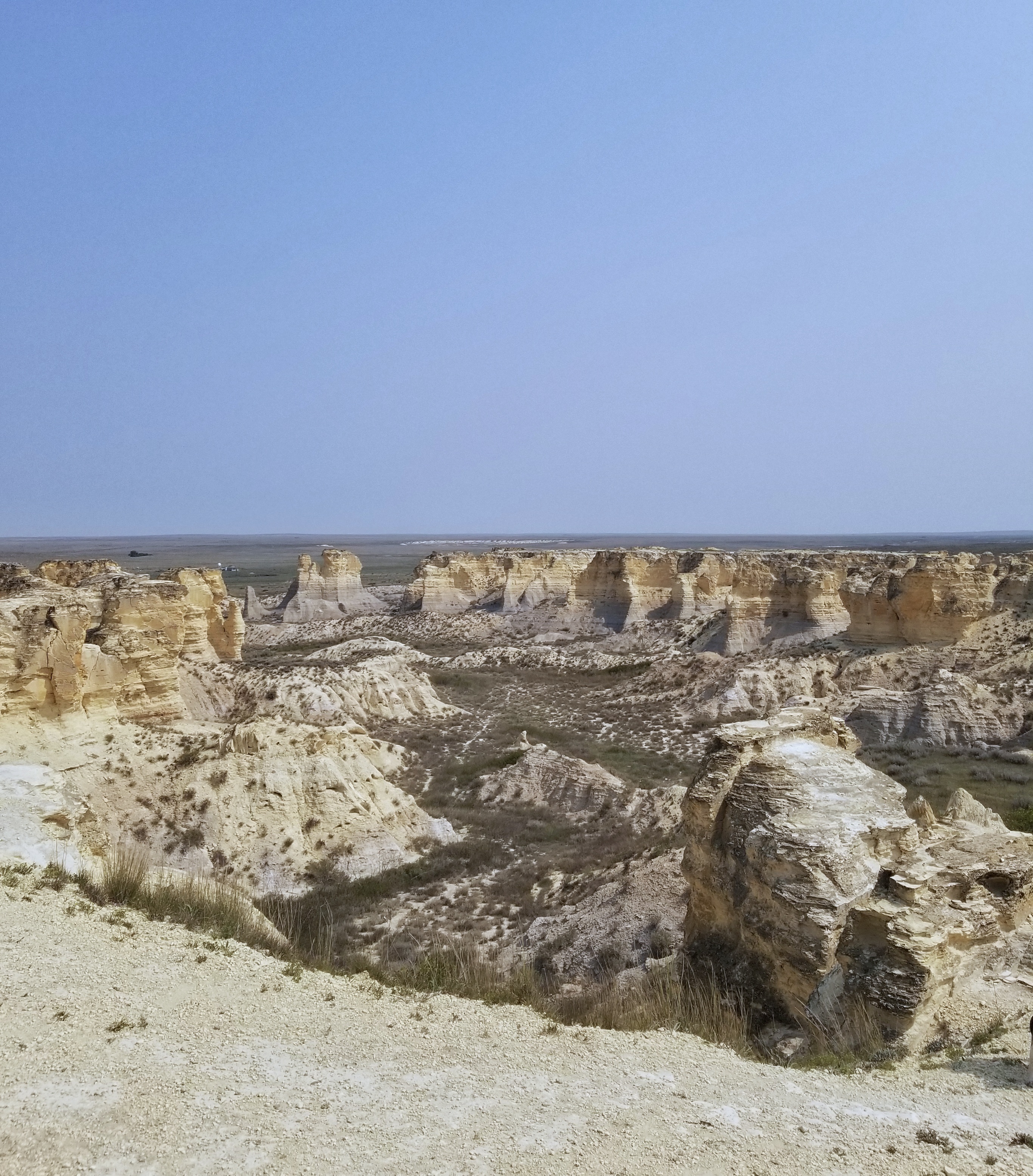 The rock formations tower nearly 100 feet above the plains. This, combined with the wide-open skies make for a sublime feeling. And needless to say, it made the cross-state drive worth it. With temperatures reaching into the mid-90’s we spent about three hours in the park itself. Various wildlife can be spotted, as can plant life unique to the area. There is also plenty of informative signage throughout the park. 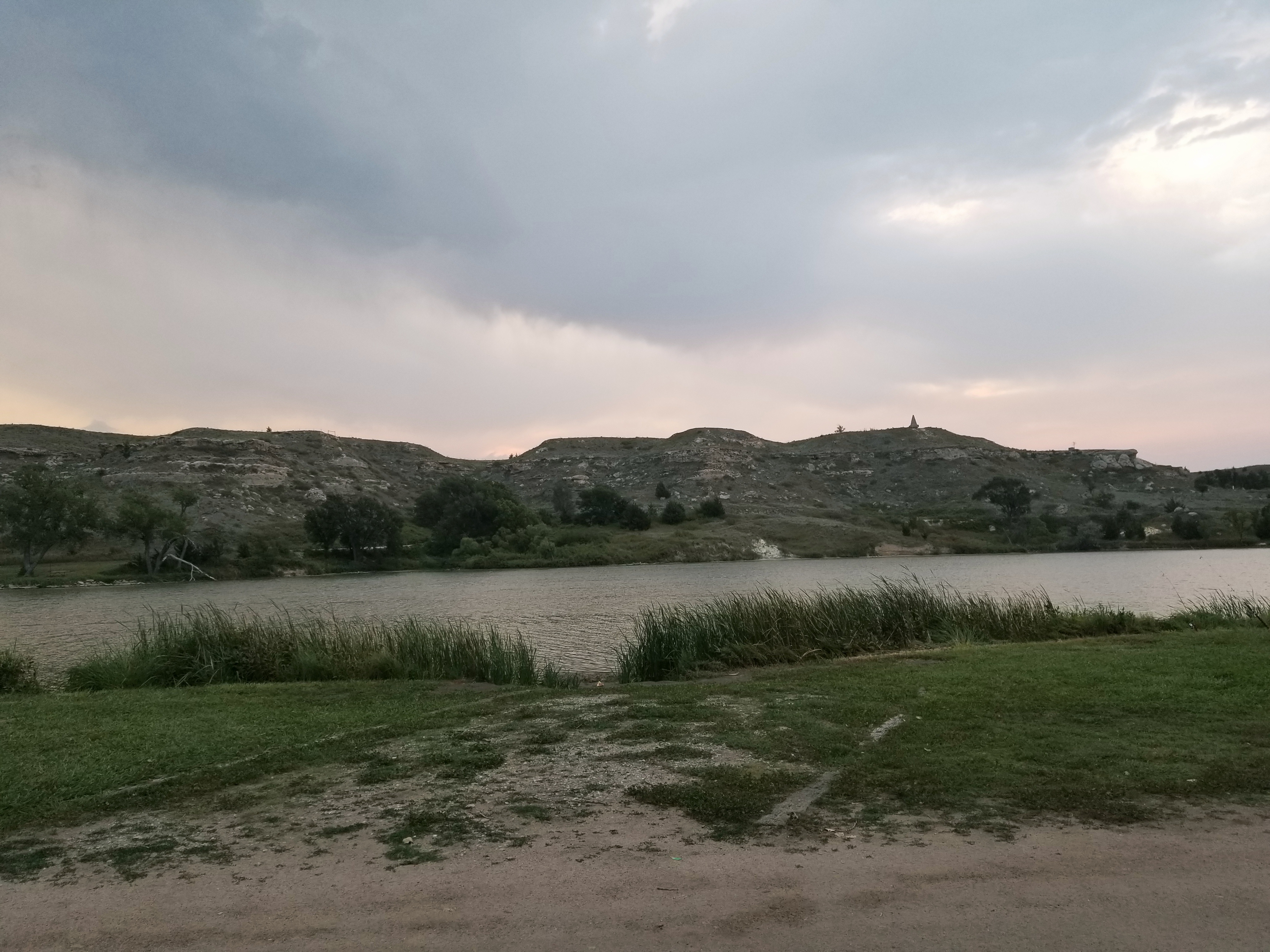 On our final day of camp, we were greeted by a beautiful sunrise with some welcomed cloud cover. And on the return home, I believe we all felt a deeper connection to the state of Kansas.

So, should you make the trip to Little Jerusalem Badlands State Park? If you are looking for a new side to Kansas, I think so. We are lucky to have public access to a place like this, and once you visit, that is something you are sure to feel as well.

Eric is a Kansas native who enjoys hiking, camping, writing and much more. View all posts by Eric Boman